Robin Hobb’s The Rain Wild Chronicles series consists of four books, The Dragon Keeper, Dragon Haven, City of Dragons, and Blood of Dragons. These books take place in the years after the Liveship Traders Trilogy and run concurrently with and following the events of the Tawny Man Trilogy

Excerpt from “The Dragon Keeper” from The Rain Wild Chronicles

Volume One of the Rain Wilds Chronicles, Dragon Keeper is yet another magnificent adventure from the author of  The Soldier Son and Farseer Trilogies, confirming the Contra Costa Times of California’s assessment of Hobb as “one of the most important writers in 21st-century fantasy.”

Excerpt from “The Dragon Heaven” from The Rain Wild Chronicles

One of the world’s most acclaimed fantasists, New York Times bestselling author Robin Hobb returns to the world of her popular “Tawny Man” trilogy with Dragon Haven—the second book, following Dragon Keeper (“Imaginative, literate, and compassionate from the first page to last”—Booklist) in an epic adventure about the resurgence of dragons in a world that both needs and fears them. Hobb, whose Soldier Son Trilogy (Shaman’s Crossing, Forest Mage, Renegade’s Magic) has won raves from critics, fans, and peers alike, returns to the Rain Wilds with Dragon Haven, and readers of Raymond Feist, Terry Brooks, and Lois McMaster Bujold will eagerly follow.

New York Times bestselling author Robin Hobb returns to world of the Rain Wilds—called “one of the most gripping settings in modern fantasy” (Booklist)—in City of Dragons. Continuing the enthralling journey she began in her acclaimed Dragon Keeper and Dragon Haven, Hobb rejoins a small group of weak, half-formed and unwanted dragons and their displaced human companions as they search for a legendary sanctuary.

Now, as the misfit band approaches its final destination, dragons and keepers alike face a challenge so insurmountable that it threatens to render their long, difficult odyssey utterly meaningless. Touching, powerful, and dazzlingly inventive, Hobb’s City of Dragons is not to be missed—further proof that this author belongs alongside Raymond E. Feist, Terry Brooks, and Lois McMaster Bujold in the pantheon of fantasy fiction’s true greats.

Blood of Dragons: Volume Four of the Rain Wilds Chronicles

The final volume in Robin Hobb’s popular Rain Wilds fantasy series, Blood of Dragons completes the story of the dragons, their keepers, and their quest to find the lost city of Kelsingra—and the mythical silver wells that the dragons need to survive.

Can Tintaglia and the Elderlings unlock the secrets of the ancient city? Or are they doomed to extinction?

The world of Robin Hobb’s Rain Wilds series has been praised by Booklist as “one of the most gripping settings in modern fantasy,” and Publishers Weekly called the Rain Wilds books “a meticulously realized fantasy tale” and “a welcome addition to contemporary dragon lore.”

Authors that you must Read

How many Volumes are there in “The Rain Wilds Chronicles“?

The Rain Wilds Chronicles have total 4 volumes namely The Dragon Keeper, Dragon Haven, City of Dragons, and Blood of Dragons.

Name the author of “The Rain Wilds Chronicles“ 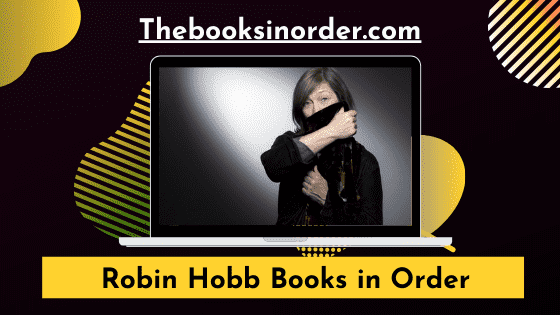 Robin Hobb books in order, Standalone Novels and The Rain Wilds Chronicle Series– Hopp decided that she wanted to be…